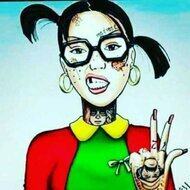 2 posts in this topic

There was a sudden silent “banning” wave last week aimed to players whom exploited the gem glitch available for years.

Thus, many players including myself are in sort of a “lock out” as the game gets stuck in the loading screen at 45% and then it slowly loads up to a 100% yet never actually loads the game nor it even shows the ban pop up that shows up when you’re actually banned.

However, those players whom have contacted customer service have gotten they’re accounts permanently banned immediately once it’s been inspected by them.

So, since I don’t want to contact customer service to avoid getting permanently banned, my questions are:

Is it still possible to clone my game and account same as it used to be possible with lucky patcher?...if not, how can I unban my account and don’t lose the progress made?

Any tips are appreciated! @DADi @Zahir

1 answer to this question