Help/Support Getting unbanned from Asphalt 8?

25 posts in this topic

So I did something stupid and got myself banned from Asphalt 8. I backed up, restored, and then restored from backup for my iPad Air. Asphalt 8 was backed up as well, so I guess Gameloft saw that I had an unusual amount of money (AirMAX!!!) and after I tried to open the app, I was told that I was banned.

My device is an iPad Air, iOS 8.1.2, jailbroken with TaiG, through this Tutorial.

I was using AirMAX with no problem until I decided to restore my iPad so I could get more space; I did get 1.5~ gb afterwards.

I've tried to clone the game using this Tutorial, but I wasn't able to see the game after I rebooted my device. (End of first video)

Then, I saw this Tutorial, and tried using that to try to duplicate Asphalt 8, but to no avail, as it kept saying that it had failed to duplicate the game. But I was using Social Duplicator 2 from repo.xarold.com, as I could only find the one for iOS 7 on BigBoss. I don't know if that makes a difference, as the one that was talked about in the Tutorial was from BigBoss. I did install the prerequisites, iPA Installer Console and AppList.

EDIT: Now there is a successful clone, but whenever I try to open it, it just closes after I see the gameloft logo. Should I delete the original game?

EDIT#2: Clones are starting to be successful, but they always close after the gameloft logo. I don't understand why.

And I've also read this, tried to use MGFaker, but even after changing many things, including the UDID and the MAC Address, but it still didn't unban me.

So now I'm at a brick wall. I don't know what I can do as both duplicating and spoofing didn't seem to work for me... I really don't know what else I can do, or what I did wrong when I tried to duplicate/spoof.

Please give me some help. Thank you.

Top Posters For This Question

Top Posters For This Question 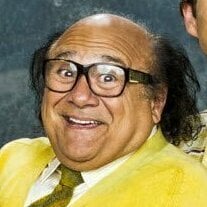 http://iosgods.com/topic/983-tutorial-how-to-duplicate-social-apps-and-have-2-accounts-in-1-idevice-ios-7-ios-8-works-with-any-other-apps/   did you delete the 'original' app with this tutorial?

24 answers to this question