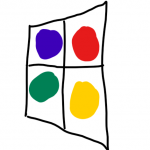 8 posts in this topic

I installed the Idle Miner Tycoon jailbreak hack on my Checkra1n'd iPhone SE (Not 2020) and after signing into the hack it gives me {"error":"unauthorized_user","error_description":null}. The iOSGods app works fine, as does other jailbreak hacks, but this one hack doesn't work. I tried restoring system from the Checkra1n app and uninstalling and reinstalling Idle Miner Tycoon and the hack. It almost worked after I reinstalled the hack but the error showed up after I signed in. I would appreciate any help I can get.

7 answers to this question