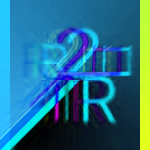 2 posts in this topic

I have a really, REALLY bad problem and complaint (at the same time idk why lol). So we have the download limit. It just got implemented without actually informing me. I have only downloaded a single game, right? Oh, and it’s the Reactor - Sector Tycoon Hack. Uploaded by K_K. The app version was 1.64. After downloading the hacked game successfully, just like everyone else, I tried it. It crashed, didn’t even bother trying again, I just STRAIGHT UP DELETED IT. Oh, and tried downloading another app. To be specific, I was attempting to download the Kick The Buddy Hack. Some information and whatever, v1.3.7 and uploaded by Laxus. And guess what? DID. NOT. WORK. I only tried downloading ONE game. ONE. GAME. It failed, I deleted it, and then after trying to download another game, it just thinks I “actually” reached the download limit. What’s the problem? The set time zone? The system? The limit itself? How could anyone fix this besides answering and just letting me get promoted or buy VIP or whatever. WHAT IS HAPPENING!?

1 answer to this question