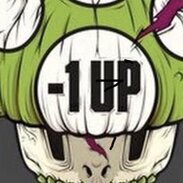 19 posts in this topic

I’ll try and be as specific as possible to clarify

These are my attempts:

1.1   Tried downloading the app as duplicate, I got a message saying couldn’t download and I get two options done or retry. Retrying just loads it again and I get the  same scenario of options until infinity.

1.2   so I deleted the app and downloaded it from iosgods app, finally it downloads I login and it asks to update and redirects me to App Store.

At the AppStore the app doesn’t show as it installed, and not found in updates so the only option is to download it from cloud with hope that it updates the downloaded one it starts to install on the same app and loads and then...

1.3   It begins downloading and gets me to the loop at (1.1), which downloads the app and at the very last step it prompts The couldn’t download with the option of retrying or done, as explained above it never ends and no success of installation.

2.2  jailbreak tried two Electra and uncover had issues with cydia disappearing(thx surak) in both jailbreaks. With downloading substrate and prefearenceloader was difficult to download, it turns of that there’s an issue with iOS 11 and Surak. Anyways so I got sileo to get those two with filza. I downloaded the .deb file couldn’t install...

2.3After that, i attempted steps( 1.1, 1.2, and 1.3 )again in both jailbreaks hoping that they might work and unfortunately it didn’t.

3.1 Nonjailbroken i attempted the following steps in (1.1and 1.3), although with this device i couldn’t download it from AppStore because it was incompatible. Of course I did that in all three iOS firmwares 8 was installed, then downgraded to 6 and then switched to 9. With not even one a iota of progression.

3.2 So I tried to jailbreak both iOS 6 and 9: downloaded cydia substrate, preference loader,Substrate safemode, and filza and ifile

3.3 After installing the .deb this is the code from both filza and ifile I got the following, "

3.4 The hack shows up in settings (in the setting —> deb says, “there was an error loading the preference bundle forPUBG MOBILE CHEATS”)

3.5 For the incompatibility issue (3.1) I downloaded these to be able to download PUBG from App Store

Non of them worked. I got options of choosing which version of PUBG to download all of them didn’t work.

if anyone can help out it would be greatly appreciated.

18 answers to this question