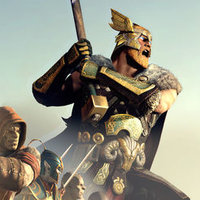 This club is for Dawn of Titans Players! Here we are discussing Dawn of Titan's updates, events and other information. You can also show your clan and find new players!